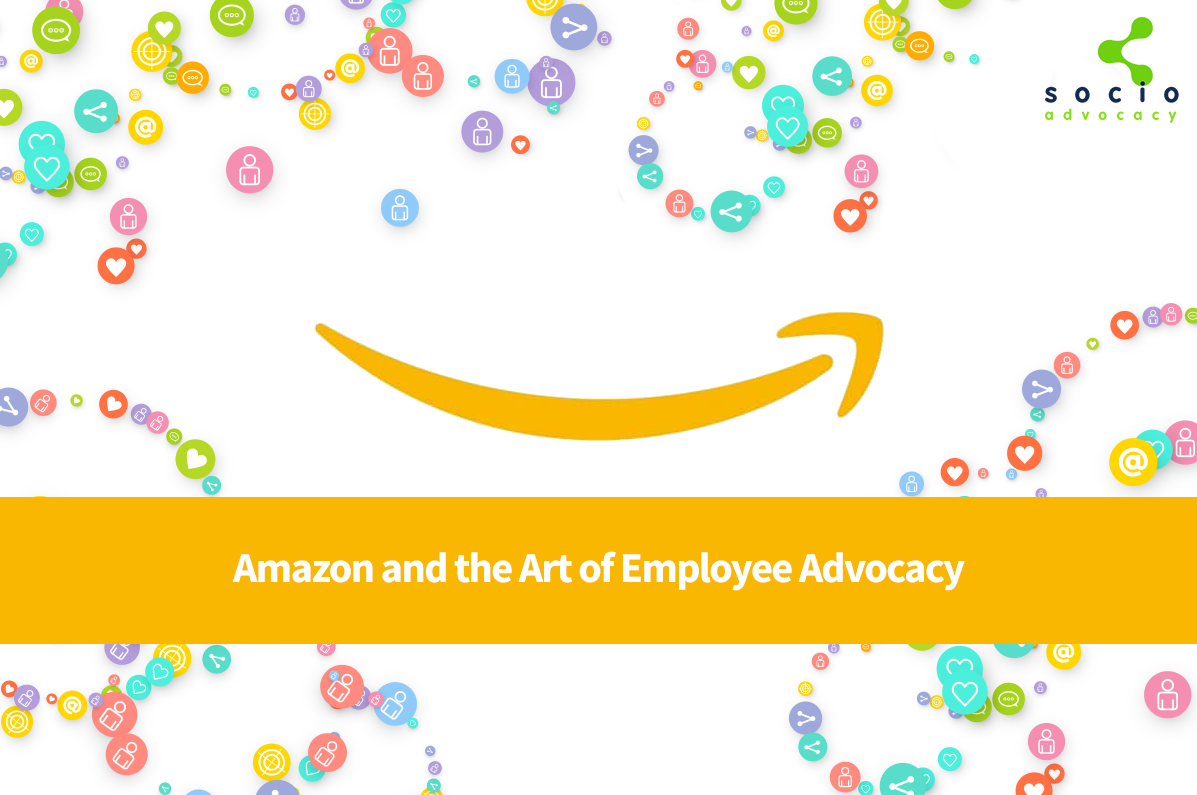 There are a number of horror stories on social media haunting Amazon, and they’ve clearly had to deal with their fair share of flack in recent times. From poor wages and overtime violations to the real kicker – employees having to choose bottles over toilets to meet their targets! – the e-commerce giant even had to deal with a US senator circulating a petition urging the company to improve it’s working conditions. Naturally, they were willing to try anything to combat their growing negative image.

As part of their redemption strategy, Amazon recently launched a program that took influencer marketing to a whole new level. Empowering employees in their fulfillment centers, they asked them to jump into conversations on Twitter that would have otherwise worsened the company’s already tarnished reputation.  And let’s be honest, the choice of employee advocacy at such a time would appear to be the most logical one.

While the program is a clear sign that the company is taking the necessary steps to renew its reputation, something clearly seemed off, with some calling their newfound defense an “unnerving, Stepford-like presence.”

For instance, although these ambassadors have been asked to share their own work experiences, they are limited to a few scripted talking points like bathroom breaks (because, why not?) and compensation. Since it’s so scripted, it didn’t matter what the intent behind the message was, several articles like this one popped up, making the whole plan look like a big cover-up that would rival the Watergate or the Kremlin Conspiracy.

So Amaz*n has set up an army of bot accounts, allegedly from workers at various fulfillment centers, whose sole purpose is to jump on tweets critical of their benevolent overlord with the same stale cant about great pay & benefits pic.twitter.com/Z7lJWUb7A0

A spokesperson for Amazon did confirm, “FC ambassadors are employees who have experience working in our fulfillment centers… The most important thing is that they’ve been here long enough to honestly share the facts based on personal experience.”

Although these employees aren’t paid for their tweets, they do receive minimal compensation like an extra day off, or an Amazon gift card – nothing most haven’t done in the name of employee engagement.

If Amazon only changed up these few details, the Twittersphere could have have been singing a very different tune today:

Instead of getting brand new accounts created for their social media army, why not let them use their own accounts? Not only does it give the brand advocate a more trusted feel, it also helps influence their existing followers.

Did you know that Amazon pays warehouse workers 30% more than other retailers? I feel proud to work for Amazon – they’ve taken good care of me. Much better than some of my previous employers.

One of the major drawbacks to the program is that it appears oh-so-scripted! It’s almost like the PR team at Amazon has vetted each of the tweets before they’re posted. A little freedom to the employees to write their own message would have gone a long way.

Another uncanny aspect of the program was that the social media brand ambassadors stuck to only jumping in when the brand was attacked. A few forthcoming tweets from these ambassadors would have set a much-needed balance to the program.