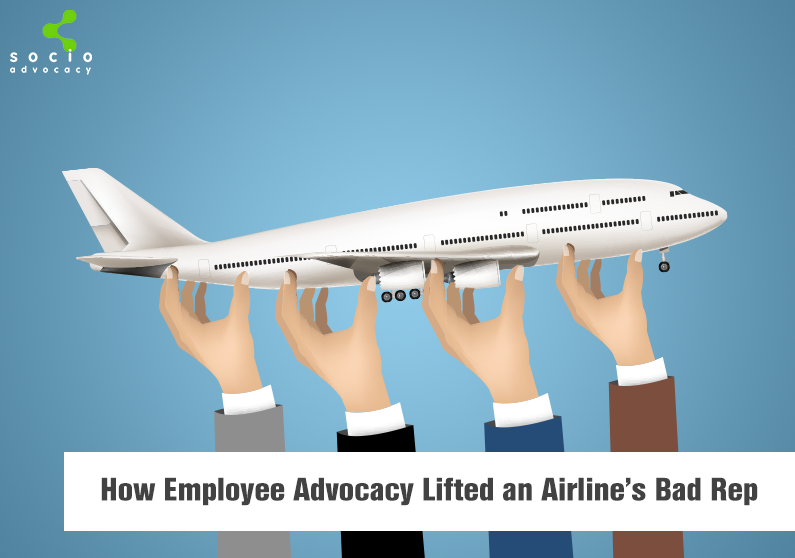 Coming from someone who’s had first-hand experience in putting out the fires of bad publicity, this bit of advice has got to be A-class.

Just to refresh everyone’s memory, back in 2017 the entire Twittersphere was up in arms after a rather unfortunate overbooking incident from United Airlines. The fiasco that followed was a PR nightmare for the airline giant.

Because let’s face it, people listen to people.

They connect and relate to people.

So no matter what happened after that incident, United was painted as the big bad business who picked on a helpless customer who chose them over their competitors.

The company had little choice in the matter and decided that they needed to plead their case in a way that the social media universe would get them.

The airline is not short on employees from all around the globe. Boasting a 90,000 employee count – with a little of any and every function within that number – they decided to use the full force of their employees to combat the negative press that all the world, and their competitors as well, were having a field day with.

Jamie Rutter, Manager/Digital Engagement & Advocacy Programs at United Airlines, says, “Since we have such a large company, [and] people working different shifts, in different time zones, communication is sometimes a bit of an issue. But social media, of course, is 24/7.”

But employees who are passionate about working you will want to have their say to defend their brand.

All you need to do is empower with them with the right platforms and content to spread your brand message and view.

A billboard, Facebook ad, or magazine story can’t create a meaningful discussion for you. Yes, it will get your message out there, but if someone has a different opinion, it’s not going to revert with an equally valid option.

Your employees, on the other hand, are more trusted than even the CEO of your company, according to the Edelman Trust Barometer.

So if people actually value and respect the opinion of your employees even more than your official brand page, it only makes sense to mobilize that army and use it to your advantage.

United isn’t the only company to successfully ward off the Twitterati with the power of employee advocacy.

Besides being an invaluable PR strategy, employee advocacy can lead big businesses to benefit both internally and externally.

Be it in the marketing, recruitment, or sales sphere, choosing employee advocacy can give you an edge when you need it the most.

Even with the curveball that Facebook threw at businesses and publication houses earlier this year, employee advocacy still wins out as the more feasible option as compared to any other sources of advertising.

Because People listen to People.

Ask us for a demo and we’ll show you how employee advocacy can help your brand reach new heights.

Brand AdvocatesBrand AmbassadorsEmployee AdvocacyemployeesUnited airlines
Why Digital and Why Employee Advocacy - Explained in 4 Steps
Playing the New Rules: What Facebook’s New Change Means for Your Brand