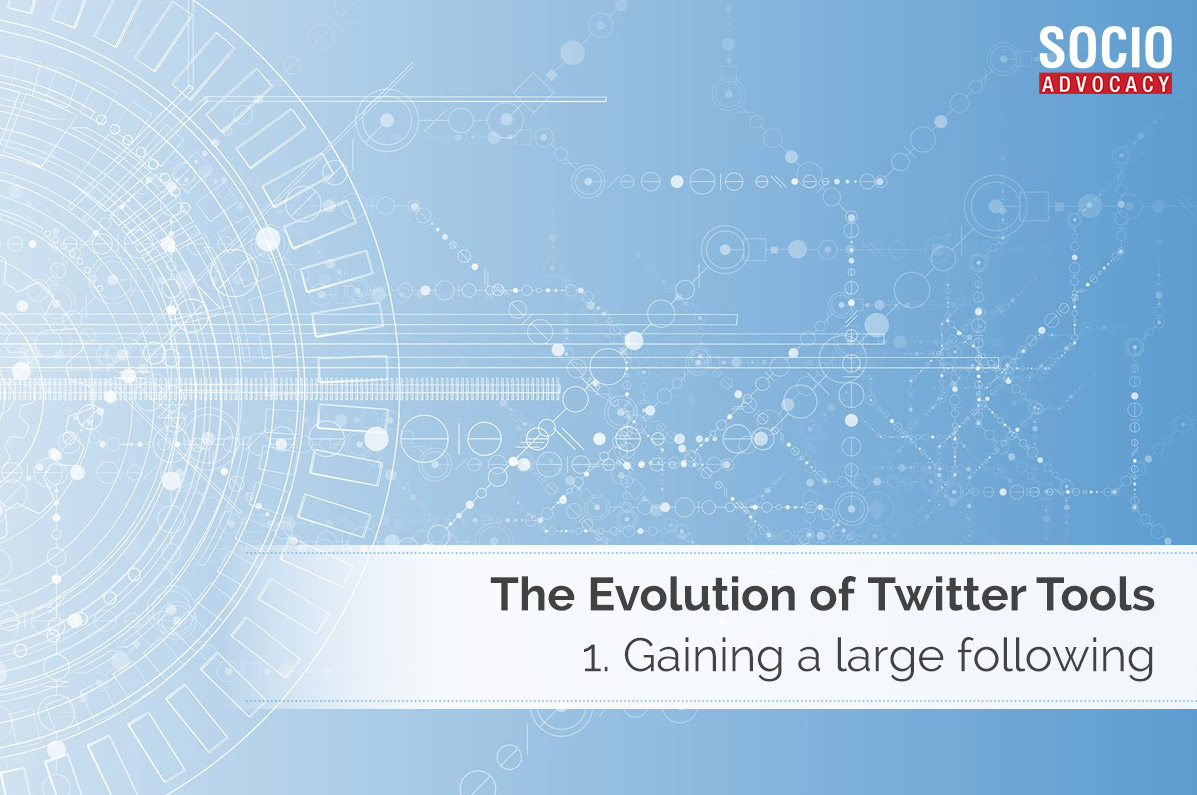 Ah, Twitter! It’s the one social media platform that created digital lions. Doesn’t matter if you’re quieter than a church mouse in reality, you can make quite an impact as part of the Twitterati. Besides, the satisfaction you receive from venting voicing your opinion in a public forum is unreal!

Twitter has amassed quite a ‘following’; I mean you could literally have 70 followers on the first day of joining! Not bad for a day’s turnover, no? It takes way longer to achieve this on say, Instagram or LinkedIn.

So, regardless of what your intentions with the platform are, there are hundreds of Twitter tools to help you along the way. From tools that help you gain followers to those that help understand Twitter analytics – there’s a Twitter tool for everything. And with the changing needs and subsequent trend, we’ve seen an evolution of Twitter tools.

In this series, we’ve decided to take a step back in time and see if we could predict what’s next for this social media giant.

“I need a large following for maximum exposure”

Between 2006 and 2009, the early years of Twitter, it was all about getting your name, or brand, out there; ensuring exposure. It didn’t matter if the follower was in your line of business, or if the connection would bring some sort of value to the table; as long as the number of followers increased.

This was the phase of what they would have called “assumed popularity”. We’ve all admittedly wondered how certain Twitter accounts have amassed the followings at some time or the other. Of course, at that time building a follower base was not as easy as it is today. Today, if you follow someone, they almost always follow you back. It’s during this phase that tools like Twiends became really popular – mostly because it was free and easy-to-use.

Such tools were the go-to for all those who wanted to grow their follow count fast. Sort of like a fad diet, tools like Twiends would show you quick numbers, but there was no substance to the followers you gained.
In fact, a measly percentage of the people you follow would follow you back. And those who did follow you would expect a follow back. Of course, that never stopped them from unfollowing you once they had what they needed.

The bottom line is that Twiends followers would never read your tweets. In fact, we’d be surprised if any of them even saw your homepage.

In a nutshell, here’s what it did –

To summarize why it wasn’t the best –

Obviously, most of those on the bandwagon realized the flaws in the plan. But since the objective at that time was purely to appear popular gain followers, it served the purpose… at that time.

Our conclusion is that Twiends is an illusion. It gives you temporary followers (who could potentially become permanent if you followed them back). But since the average Twitter user is an image obsessed, ego-tripper, who considers a follower count over all else, Twiends will always have an active user base.

We warn you though; you’re looking at novices, kids, idiot new “businesses” and cheats who only have a short term Twitter goal.

In our next blog in this series, we’ll look how the need shifted from merely getting more followers, to adding value to your account that would get you noticed.

evolution of twitterold twitter toolstwittertwitter followingstwitter tools
What is Employee Advocacy and Why Is It so Important?
Make Your Brand Stand Out - Let the Employees Talk