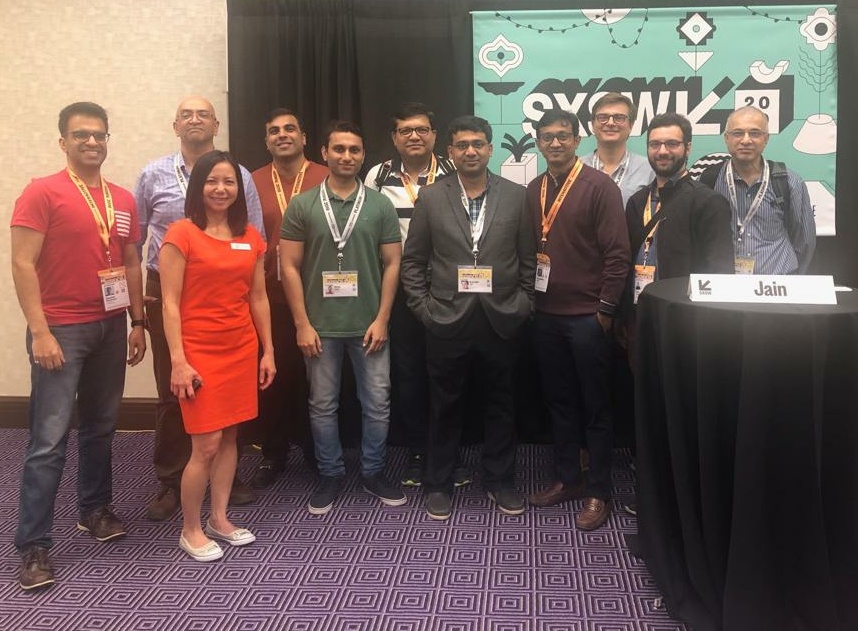 There are few things in this world that will have me up and out of bed this early on a Sunday morning. But SXSW is definitely one of those things.

It’s been 2 days and believe me when I say, it keeps getting better. I spent my time getting my bearings on day 1,  but day 2 had great sessions – some better than others, IMO.

So as promised, here’s a rundown of my days at SXSW.

I was fortunate to be in attendance at the Convergence Keynote. The topic was – The Next Form of Storytelling: The Future of Technology-Enabled Entertainment.

The upcoming service plans to offer quality short-form video streaming designed specifically for mobile. The platform draws it’s name from quick bites, which is basically what it is promising to offer in the daily news, sports and entertainment sectors.

What I find to be superb about this is that technology is adapting to changing consumer patterns. Yes, we all walk around with television screens in our pockets, but do we all have 30 mins to watch an entire episode of anything?

Of course, the entrepreneur in me couldn’t help but ask  – and this is not to take away from the brilliance of Quibi – but had the idea not come from 2 big-wig CEOs, would it have been able to draw as much as over 1 billion in funding already? If this were a regular joe startup, would a media giant jump to quash their would be opponents before they have a real shot? Who knows.

The India meetup at SXSW

On day 2, I participated in the India meetup that showcased Paytm’s Build for India initiative. Hosted and presented by serial entrepreneur and Paytm VP Saurabh Jain, the Build for India initiative sounds interesting. Having spent some time with Saurabh and discussing it in detail among other things, I think it can definitely work wonders. I’ll encourage all entrepreneurs and investors to check out their Meetup page.

It was also great to be interviewed by TV Asia! Catch my soundbite in their SXSW coverage.

This session was on my list from the very get-go – I even included it in my kick off for SXSW. Presented by Steven Bartlett from the Social Chain Group, it was a great session overall.

Steven kicked things off with a story of how he made it. How he started off in 2010 and has now established a $100-million revenue company. Seeing as he’s only 25, that green headed monster came out to play for a little while. But, in all seriousness, credit to him.

The session went on to talk about how social media today has a huge PR problem – Fake News.

Like that annoying gnat that will just not let you be, this seems like something that won’t ever go away.

But how is it created? How does Fake News come into being?

Steven discussed a social experiment that he conducted on about 500 of the Facebook pages they manage. It spoke of a record multi-million dollar deal for a (made-up) soccer player. Yup, they made someone up. And put it out there.

Now, this is something to be said – Steven and his colleagues are touted as the kids who decide what the other kids are talking about. But this was taking it next level.

First, there was the outcry – Who is this person, he hasn’t even played that well! Then there was, belief? – Oh, I’ve watched him, he’s great. Totally well deserved.

So you see, a handful create the news, and social media as a whole gets hurt.

Bartlett also mentioned that The Social Chain is in the process of creating a software that detects malpractice in Influencer Marketing.

I found this to be very exciting for 2 reasons:

The last day event I attended was that of SquareTrade founder, Ahmed Khaishgi as he discussed acquisition strategies. If anything, it gave me a little solace after the previous one I attended! There is a light at the end of the tunnel. Some tunnels are just longer than others.

Khaishgi was in the game over 2 decades before SquareTrade was acquired by Allstate.

The session gave me some great insight about when to be ballsy take the risk, if/when to choose a pivot (even if you’re successful, it may not be the level of success you’d hoped for), and when to know that the deal on the table is a good one.

Ahmed shared 10 wonderful learnings that any entrepreneur would find valuable. But these are the 3 that struck a chord with me the most:

All in all, my SXSW journey has been great. Yes, sometimes I wish I could clone myself, and be in 2 places at once, but that ’s life I guess!