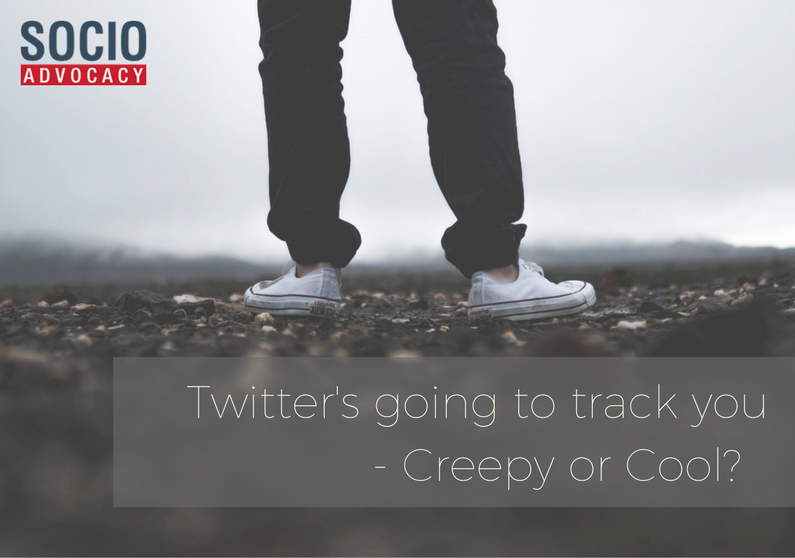 Twitter created quite the stir this month when it released a series of new privacy updates. Once a firm supporter of the website privacy policy Do Not Track (DNT), Twitter seems to have chosen the other side this time around with their automatic location tracker that lets advertisers know where you’ve been on the web.

As if this wasn’t enough, the micro-blogging giant will now also be able to track the apps you’ve downloaded – you know, the ones that sit alongside Twitter on your phone – and your location as well.

Besides this, Twitter seems to have gone a little over the average ‘Profile and Activity’ stage and now wants to understand your interests too. Although it does give you the option to toggle on and off from this feature, isn’t it a little weird that they want to know if you’re interested in Sci-Fi or Women’s Shoes?!

Now of course, it’s not rocket science to guess why such an update was released only now.

With declining Twitter stock, this one’s main intention is to make the platform more appealing to online advertisers. The more tailored the ads you see, the better Twitter looks. Simple as.

Of course, you know the Twitterati wouldn’t go quietly into the night with this one. Ironically, the hate was for the very platform they were voicing the hate on! Several took to complain about the fact that there was no BIG announcement of what they saw as a rather sneaky move.

There was one journalist who actually tweeted her surprise that her privacy changes were not accepted on her phone when she had clearly changed them on her laptop. Low move Twitter, low move.

Even more than the privacy changes that were put forward, the beef with the social

media giant was more to do with the fact that they were previously a staunch follower of the Do Not Track (DNT) web privacy policy. You may have thought that the DNT was just as it reads, that a website would not collect and store where you’ve been on the web. Sorry, but we’re going to have to burst that bubble.

In essence, a site that supported DNT would not serve you custom and tailored ads, but still could and would save and monetize data. But Twitter was a believer, at least in spirit.

In a statement, the company said, “Twitter has discontinued support of the Do Not Track browser preference. While we had hoped that our support for Do Not Track would spur industry adoption, an industry-standard approach to Do Not Track did not materialize. We now offer more granular privacy controls.”

We’re not sure how we feel about this one to be honest. In a way, how different is this from what other giants like Facebook and Google are doing?

What do you think this spells for Twitter? Let us know in the comments section below.

do not trackprivacy policy updatesSocial Mediatwittertwitter outrage
Disengaged Employees? 9 Tips to Engage Them
6 Tips on Marketing to Millennials